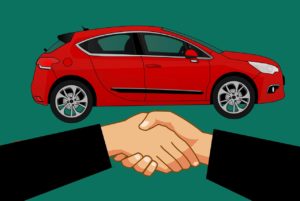 In particular, automobiles seem to be in the crosshairs of President Trump’s hard line on trade with the rest of the world. Here are a few reasons why:1

We often see disruption in the marketplace as new ideas, business models or technology are introduced. Currently, we have a long-running bull market that’s experiencing some volatility due to uncertainty in established global trade markets. Only time will tell if new trade agreements will make the American economy stronger.

In the meantime, we encourage clients to take a long-term perspective. Companies with strong fundamentals have weathered many different economic, political and investment environments. If you would like to discuss how the current environment may impact your financial strategy, don’t hesitate to call.

In 2018, Ford, Honda Chevrolet, Acura and Jeep had models listed as some of the most “American-made” cars by Cars.com in its annual ranking. Three of the top 10 most “American-made” cars are made by Honda at its Lincoln, Alabama, manufacturing plant, which employs more than 4,000 workers. Cars.com makes its rankings based on assembly location, domestic-parts content, U.S. factory employment, engine sourcing and transmission sourcing. 2

In August, the European Union said it would agree to eliminate all auto tariffs if the U.S. would do the same, but Trump rejected the offer as “not good enough.” He had previously suggested imposing a 25 percent tax on every car imported from the region.3

Despite ongoing trade negotiations, General Motors recently announced it was moving production of its new Chevrolet Blazer to Mexico. The auto industry isn’t the only one that’s making unilateral decisions irrespective of government influence or interference. In fact, some analysts have observed that the U.S. continues to form closer business relationships with its neighbor to the south outside of the government, including in the technology, manufacturing and film industries.4

Some economists believe our trade war with China isn’t about automobiles or steel, but rather a battle for the future of innovation. To support this theory, they point out that the title of the U.S. Trade Representative report that forms the basis for the new tariffs is “China’s acts, policies, and practices related to technology transfer, intellectual property and innovation.”5

5 Knowledge@Wharton. April 9, 2018. “Why the U.S.-China ‘Trade War’ Is Really About the Future of Innovation.” http://knowledge.wharton.upenn.edu/article/u-s-china-trade-war-really-future-innovation/. Accessed Aug. 31, 2018.

We are an independent firm helping individuals create retirement strategies using a variety of insurance and investment products to custom suit their needs and objectives. This material is intended to provide general information to help you understand basic financial planning strategies and should not be construed as financial advice. All investments are subject to risk including the potential loss of principal. No investment strategy can guarantee a profit or protect against loss in periods of declining values.

The information contained in this material is believed to be reliable, but accuracy and completeness cannot be guaranteed; it is not intended to be used as the sole basis for financial decisions. If you are unable to access any of the news articles and sources through the links provided in this text, please contact us to request a copy of the desired reference.